Home > Rhône Alpes > The Inspectors’ route : from Lyon to Beaune

Lyon and river Loire in France on sunny summer day

The Inspectors’ route : from Lyon to Beaune

The Michelin Guide Inspectors have devised a flavoursome itinerary in Burgundy; offering you restaurant selections to delight your taste buds along the route.

Follow an expert gourmet guide from the capital of French gastronomy in the heart of Burgundy’s vineyards and through the foothills of the Beaujolais. 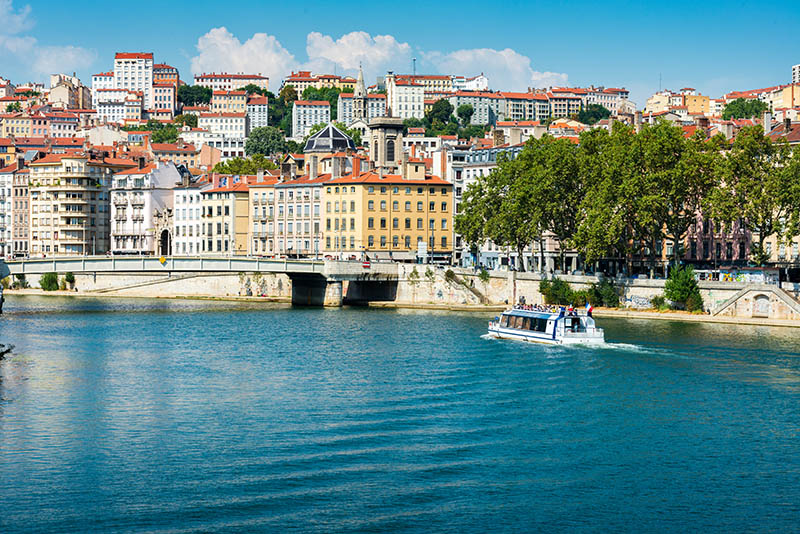 Depart from Lyon, the capital of gastronomy. Surrounded by the fish-bearing waters of The Dombes and its game-rich lands, the rich farms of Charolais and the fertile land in vineyards and orchards of the Rhone Valley, Lyon was destined to become a favourite with the greatest chefs. And of course as a starting point for your gastronomic ports of call. Stroll through Old Lyon, visit the Roman theatre and climb the stairs of Notre Dame de Fourvière to work up your appetite.
Leave for Villefranche, the former economic capital of Beaujolais. You can’t miss its famous and seemingly never-ending Rue Nationale, a reflection of early town planning. The road eventually meanders through the vineyards of Montmelas-Saint-Sorlin, Saint-Julienet and Vaux-en-Beaujolais. Spend the evening on the outskirts of Beaujolais in the charming village of Belleville, the Bastide has become a winemaking estate. 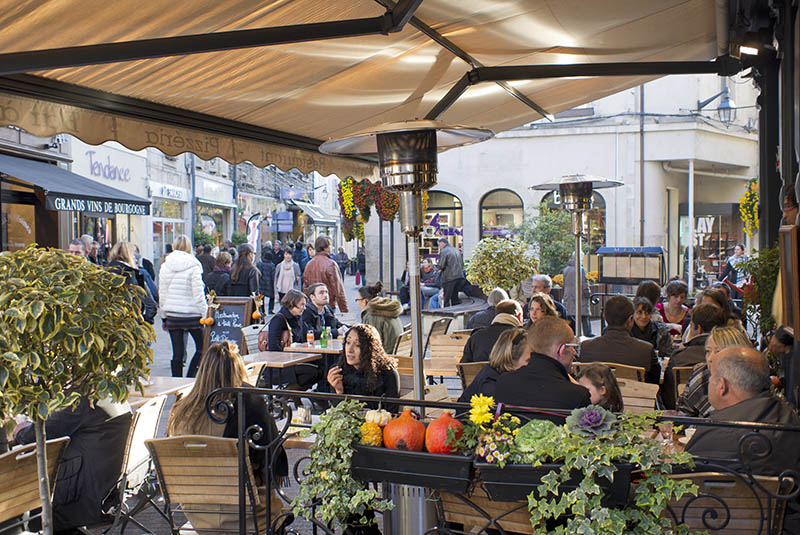 Leave in the morning for Chaintré, one of the communes producing the famous Pouilly-Fuissé white wine. It was Villars where the pianist Alfred Cortot and the aeronautical engineer Gabriel Voisins both lived. On the banks, ideal for fishing, and not far from its unusual church, hostels offer tastings of traditional fried fish and frogs legs. Head to Tournus, the northern gateway to the Mâconnais Vineyard, renowned for its Saint-Philibert Roman Abbey and the picturesque route through its gothic houses. If you would like to stop in Chagny for dinner. Alternatively, you will be spoilt for choice among the starred and Bib gourmand restaurants in Beaune where you will spend the night.
A route with the gentle aromas of regional produce! Which restaurants did you choose?

My trip with 3 steps

Gastronomic getaway in the Rhône Valley

My trip with 4 steps

My trip with 4 steps